If there's one thing to take away from the ongoing #MeToo movement, it's this: Sexual harassment remains an all too common occurrence in the U.S. Primarily experienced by women, sexual harassment has been around for a long time, but thanks to social media awareness campaigns like #MeToo, a long-simmering issue is finally getting its proper attention.

But as a recent survey suggests, many of those who've experienced some form of it opt not to say so - even when it happens in the workplace.

"Most workers who experience sexual harassment decide not to report it."

For every four workers who have felt the effects of sexual harassment on the job, three don't report it to their supervisors. That's according to a poll done earlier this year from Harris Interactive on behalf of CareerBuilder. Furthermore, a majority - 54 percent - don't address the issue with the person that's responsible.

A separate poll, conducted by the nonprofit Stop Street Harassment in January, produced similarly unsettling results. As reported by National Public Radio, the survey revealed 81 percent of women had experienced sexual harassment at some point over the course of their life, with 43 percent of men also impacted.

Holly Kearl, who authored the report, told NPR that sexual harassment is something that cuts across all societies, cultures and industries.

"The findings show that this is a pervasive problem and permeates all sectors of our lives," Kearl explained. "Most people who said they had experienced sexual harassment experienced it in multiple locations."

Co-workers most common sources of harassment
The same is true for the workplace, according to the CareerBuilder survey. For instance, of those who acknowledged being sexually harassed while at work, 60 percent said a co-worker was the person responsible, 36 percent said the perpetrator was a manager or supervisor and 9 percent experienced it from a client.

Thanks to awareness efforts from nonprofit organizations like Stop Street Harassment and the Rape, Abuse & Incest Network (RAINN), most workplaces have sexual harassment policies. But if you were to ask employees what these policies actually are, a substantial share of employees couldn't tell you because they don't know.

In a recent poll of HR professionals performed by the Society for Human Resource Management, 94 percent of them said their employers had existing anti-harassment policies. Yet nearly 1 in 4 (22 percent) workers admitted they weren't aware of what they were or if they even existed.

Evren Esen, director of workforce analytics at the SHRM, indicated that part of the reason for this stems from a failure to make these policies more well known.

"A lack of information exists for some employees," Esen said. "The research findings suggest that, in some cases, policies are discussed as part of new-hire orientation and then shared only during training, which occurs once a year or once every two years."

And like the other surveys referenced, SHRM discovered in its own findings that sexual harassment tends to go underreported. Indeed, of the 11 percent of respondents who encountered instances of sexual harassment - meaning where they were the victims - more than 75 percent decided to keep it to themselves for fear of revenge or suspecting that nothing would come of it in terms of making it right.

"It appears that employees don't feel that they have the power to bring allegations forward in a way that won't harm them," Esen said. "Sixty-two percent of HR respondents said their organizations were assessing their culture to identify potential risks for sexual harassment. Companies and HR have more work to do to create environments that emphasize respect and minimize the fear of retaliation." 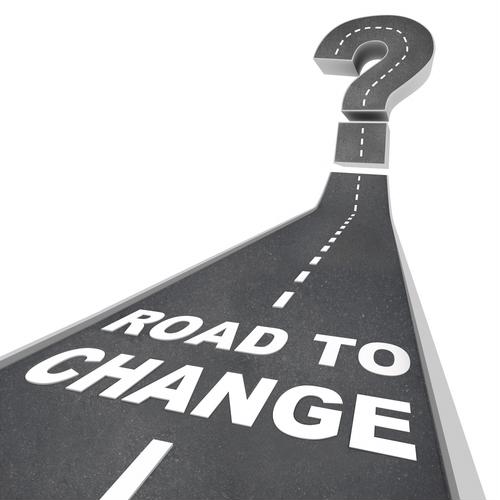 How can business owners best address sexual harassment? Jonathan Segal, an attorney with practices in Philadelphia and New York City, offered a few recommendations during a recent HR summit in Washington, D.C., that was hosted by the Society for Human Resource Management.

Office leaders must take the baton
For harassment to stop before it starts, the figureheads of a small business or organization need to adopt a no-tolerance mentality, Segal advised. Leaders are in the positions they are because of their influence, and if they don't take sexual harassment seriously, it's likely that no one else will, either.

Re-examine current training methods
All too often, companies have their workers go through annual sexual harassment training because it's an employment law requirement. But cookie-cutter training methodologies are often insufficient, Segal warned. In addition to defining what sexual harassment is and isn't, training should be more comprehensive and delve into how to maintain a respectful workplace. Training should also promote a sense of empowerment, so the individuals affected can feel confident and supported in reporting sexual harassment, whether they experience it themselves or observe it taking place.

Identify all forms of intolerable behavior
Some actions in the workplace may not rise to the textbook definition of sexual harassment, but they may still be behavior that is out of bounds or unacceptable. Segal advised outlining all forms of conduct that go beyond the pale so there are no misunderstandings and guilty parties can't plead ignorance.

For more information on professional liability coverage, umbrella insurance and guidance on employment practices liability, PayneWest Insurance can be of assistance. Contact us today.