Liking a shiny new car on a wide open highway, the economy's engine is in high gear, particularly as it relates to Americans and their work situations. But as more workers motor their way to the office or warehouse, are more auto accidents resulting from it?

First, here's the good news. Last year, employers created more than 2 million jobs, according to the U.S. Department of Labor. With more openings available, unemployment has sunk to extraordinary lows, now down to 4.1 percent, based on the most recent statistics available. That's the lowest jobless rate since 2000.

GDP growing at more than 3 percent
Additionally, productivity is on the rise. Indeed, gross domestic product during the penultimate quarter of 2017 reached an annual rate of 3.2 percent, based on estimates from the Bureau of Economic Analysis. With previous quarterly GDP reports also indicating the economy expanded 3 percent or more, this marks the lengthiest string of robust growth for the country's financial system in well over a decade, according to Bloomberg.

The stock market, meanwhile, is in a league of its own. The Dow Jones Industrial Average gained more than 20 percent in value over the course of 2017 with no signs of it slowing, now at more than 26,200 points.

The bad news? Newly released research from the Insurance Information Institute suggests that when the economy booms, more motorists crash.

In a graphic illustration put together by the III, accident claim frequency seems to move in relative lockstep with miles driven, diminishing as Americans log fewer miles and rising as they increase their time behind the wheel.

For example, during the Great Recession, which most economists say began in 2008 and ended in late 2009, Americans coursed an annual average of around 2.9 trillion miles per year, with the amount sliding further as the economic downturn wore on, based on data culled from the Federal Highway Administration. Meanwhile, collision claim frequency followed a similar path, starting at 5.9 claims per 100 vehicles, down to 5.7 by 2009. 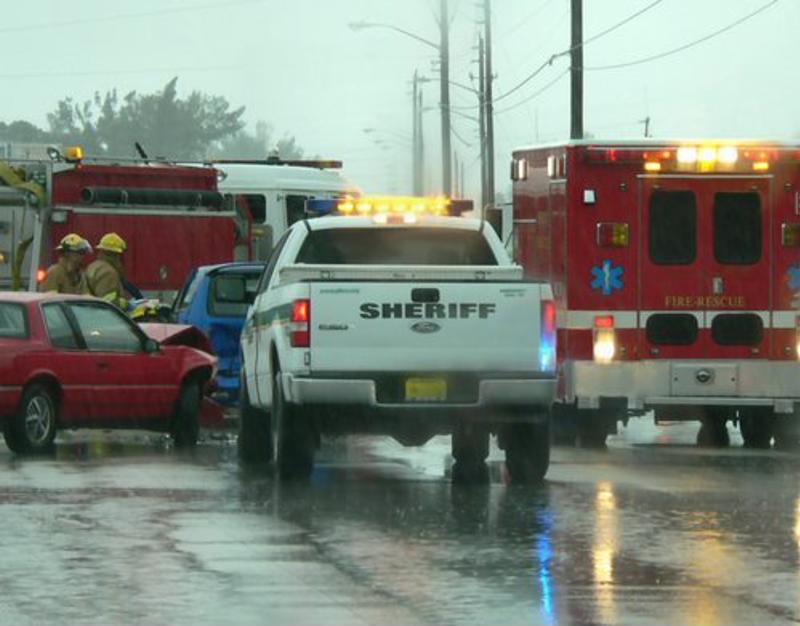 It pays to be extra vigilant on the roads nowadays.

Fast forward to today, both miles and accidents have climbed. In 2017, drivers recorded over 3.2 trillion miles, the III found in its analysis. Collision claims also ratcheted higher, totaling approximately 6.1 per 100 insured vehicles.

Why do accidents rise with miles traveled?
What explains this dynamic? It's not necessarily that drivers are increasingly reckless, but rather more opportunities for accidents to happen arise because of the increased amount of driving.

"As people drive more miles, they get in more accidents," researchers from the III concluded in their report. "As more people get jobs, they drive more - to work and for pleasure."

Scott Sherbourne, sales director of personal lines at PayneWest Insurance, said increased travel is largely a function of prosperity and people taking advantage of what's available to them both monetarily and geographically.

"Not only are people taking vacations during boom times they are taking more weekend getaways," Sherbourne explained. "So the frequency to visit locations within 300 miles increases, coupled with many people thinking the same way."

He added employers like to give more time off when boom times are in effect as rewards for hitting business goals."

Everyone has places to go and people to see, especially when things are going well economically. However, it's important not to let a busy schedule deter you from always driving defensively, thereby avoiding a potentially serious accident.

"At PayneWest, we simply want help our clients and prospects to prepare and realize that more motorist typically means more accidents," Sherbourne advised. "Motorists can monitor traffic online through state department web cams, which identify road conditions and congestion. In Oregon, we encourage our clients to use Trip Check. This provides valuable information regarding road conditions, construction,and traffic congestion. The best accident is the one that doesn't happen."

For more information on how being a safe driver can help you save money on your car insurance, talk to your PayneWest Insurance professional.