Let's face it — even adults can behave very badly.

Have you ever had to fire someone because they were a bully in the workplace? Would your company be in trouble if a disgruntled former employee sued you? Is there enough savings in your bank account to cover legal expenses or even just emergency public relations costs? There are lots of insurance needs for businesses, but ensuring that you're protected against misbehaving employees is a must for any company, large or small.

You might have heard of a type of insurance called EPLI or Employment Practices Liability Insurance. In a nutshell, it covers a business' liability from "wrongful acts arising from the employment process," as noted by the International Risk Management Institute.

These types of liabilities commonly include:

EPLI policies can also cover claims stemming from inappropriate workplace conduct which can range from anything to invasion of privacy to failure to promote or hire. Those covered under EPLI include not only current employees, but also boards of directors and even applicants to the company.

Gerry Bulger, commercial insurance sales executive at PayneWest noted several common examples that might not be first of mind to every business owner. 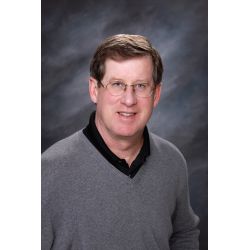 A good employee manual usually notes all the types of negative actions that a company won't tolerate. It should also spell out actions and escalations that would be taken if an employee is noted for one of these actions, and a timeline for doing so.

When working with a broker to determine the appropriate amount of EPLI for your business, a good agent will talk to you about several policies and practices you should have in place to make the policy work best. These might include:

"The lawsuit … accuses Microsoft of systematically denying pay raises and promotions to women working there," Bach writes. "Attorneys representing the plaintiffs want the lawsuit to proceed as a class action that could cover more than 8,000 employees and cited the number of internal complaints against the company."

This isn't an issue limited to the tech industry, but Google, Uber and many more companies are all currently battling large gender discrimination suits by current and former employees.

Bulger notes that such suits can be very costly to companies, especially in the banking and finance industries. One case he was a part of cost the organization $11.2 million and precipitated the company's closure. Another had to do with gender-biased denials of promotions. Each complainant settled for $1 million each.  Would your business be able to shoulder those kinds of legal costs without insurance?

Unless you're a sole proprietor, Bulger says every company should make sure they're covered adequately with enough EPL insurance to get them through any legal action.