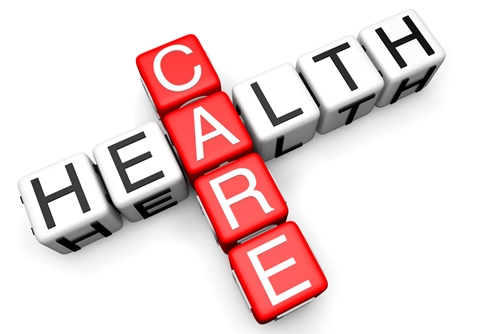 Most Americans who are fully insured get their health insurance through their workplace. And were it not for this fact, they may not be as satisfied with their current employment as they would be otherwise, a recent poll suggests.

When it comes to what components of a job workers take into account when assessing their level of contentment with their employment, nearly 55 percent of respondents pointed to health care as the top factor, according to a survey performed late last year by the Transamerica Center for Health Studies. Only compensation, at 70 percent, had a higher share of individuals believing it to be the most crucial component to workplace contentment.

90 percent of Americans are insured
Though families have the ability to purchase health insurance on an individual basis if they so choose, a majority of people in the country today have employment-based health coverage, according to the U.S. Census Bureau. This has helped to lower the uninsured rate in the U.S., falling in more than 70 percent of the nation’s more than 2,200 counties. In 2015 – the most recent year in which government data is available, the health insurance coverage rate topped 90 percent, up 2.3 percent compared to 2014.

Though employment-based health insurance helps keep medical expenses for families more affordable, costs are growing at a faster rate than earnings. As a share of gross domestic product, health care accounts for nearly 20 percent, according to survey data collected by Gallup. That’s up sharply from 1980, when just 9 percent of the U.S.’ GDP was health care.

Many business owners who provide health care benefits are concerned about medical costs rising, and workers are well aware of their worries. Nearly 60 percent of respondents in the TCHS survey said they believed their employer had some trepidation about health expenses continuing to increase and what the fallout would be for their employees.

“50 percent of workers like the health insurance they get from their employer.”

Workers like their health coverage
Yet despite the public’s understanding that health costs are on the rise and many individuals would like their coverage to be of higher quality, they’re less likely to feel this way about the policies that they have, a separate survey revealed. Six in 10 respondents in a poll done by the Employee Benefit Research Institute ranked the nation’s overall health care system as being in poor shape. However, approximately 50 percent considered the coverage they got from their employer to be “good” or “excellent.” Just 12 percent of employment-based plan participants described themselves as being dissatisfied with their coverage, due to sub-par quality, high premiums or both.

Their optimistic attitudes overall may explain why a majority of workers think their employers will continue to provide insurance benefits moving forward. Ninety-one percent of respondents in the EBRI survey reported being confident about having health benefits through their workplace for the foreseeable future. Of these, 25 percent were “extremely confident” about this coming to fruition, with roughly 28 percent “somewhat” assured of this being a reality.

“PayneWest Insurance is very focused on lowering employer health plan costs,” said Troy Kane, managing director of benefit planning at PayneWest Insurance. “Additionally, our goal is to assist employers with evaluating employee productivity. We focus on presenteeism as an agency. A healthy and happy workforce is crucial for an organizations morale, productivity and culture. Providing a health plan should produce tangible results for employers and their employees.”

PayneWest Insurance offers a suite of health insurance benefits that employers can depend on always being there when their staff needs it. Click here to see how we’ve made a science of health plan guidance.